I have prepared here a short review of the work of the well-known Russian scientist Nikolai A. Kozyrev. Most of these papers are not yet published in English and the idea here is to find a Publisher. There are some practical applications for new technologies based on Kozyrev's theory. 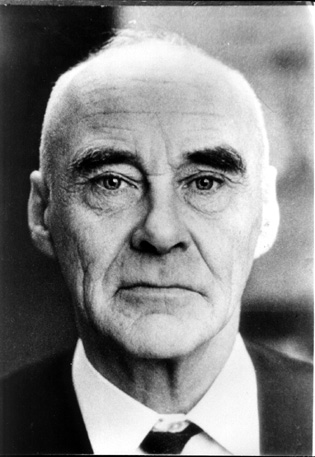 A conclusion from astronomical observations is made about stellar energetics: any given star is a machine that transforms incoming energy into heat radiation; there is no inner source of energy inside the star. The possibility of using incoming energy-flow exists in all space-time. It is proposed that through the power of some of its active properties, time can influence matter-energy to be a source of life in our universe. The density and other parameters of stellar matter in the mode of transformation (time-flow energy-to-heat energy) is calculated. It is concluded that output-energy depends on the volume of matter. It was proposed that time is not simply spreading, but is creating throughout the universe at any given moment and for this reason telecommunications by means of time-properties could be instantaneous.

"Cause or Asymmetrical Mechanics in Linear Approximation"

N.A.Kozyrev calculates the qualities of stellar matter where it functions as a transformer of time-form energy into heat-energy. It is concluded that the transformation involves several electrodynamical processes, but, generally, any closed mechanical system can produce energy also if it is an asymmetrical system. The asymmetry for mechanics by Kozyrev is cause-effect asymmetry and if the mechanical system includes the non-reversible cause-effect connection it can take the energy from time-flow. By my opinion, this is the theoretical basis for any kind of perpetual motion system.

In the papers the notions of cause and effect are defined. Kozyrev postulates 5 properties of cause-effect connections. A definition and formula for the velocity of time-flow are given. It is proposed and experimentally demonstrated that the introduction of time pairs equal and opposite forces into the system.

In this paper N.A.Kozyrev describes two extreme cases for mechanics: for velocity of time that is equal to zero, there is the quantum mechanics of the atom world where there are no cause-effect connections; and for velocity of time equal to infinity there are only stable cause-effect connections for any process and this is Newtonian mechanics. The real world exists for a real velocity of time between zero and infinity.
Experiments with vibrational gyroscopes and weight machines are described in the paper.
Important conclusions are made about the possibility of increasing vital anti-entropy processes into biological systems.

In this paper N. Kozyrev writes about the connection between matter and time, describing three cause-effect axioms, determining the physical qualities of the velocity of time-flow, and publishing important experimental data. In his experiments, the weight of gyroscopes changes when they are connected with weight machines by means of a vibrational system. Weight changes are detected at about 100 mg. These weight changes depend on frequency due to a discrete law. So, it is one of real demonstrations of the quantum world law for macrosystems.

In this work it is demonstrated that organic matter possibly gets free energy for vital processes by means of transforming time-form energy. The "density of time" is defined. Experimental data for measurement of the density of time at different places on the planet is given.

N.Kozyrev wrote about the possibility of using the physical properties of time for biological forms of telecommunications, i.e. for telepathy. This telecommunication can not screened and it is instantaneous.

In this paper it was proposed to screen time by means of certain processes; i.e. it is possible to create in a specific local area compensation of natural time-flow by corresponding physical processes.

"The Way to Space"

N.Kozyrev writes about the irrationality of rocket methods of space exploration and he proposes using his theory to find the connection between gravitation and time to build antigravitational spacecraft. The force that would move the spaceship in this case would be produced by means of changing the physical properties of time. In other words it is warp drive.

"On the Potential for Experimental Investigation of the Properties of Time"

Nikolai Kozyrev writes about the potential for biological systems to use time-flow as a source of vital process energy or life energy. He describes experiments with gyroscopes and several methods of introducing cause-effect asymmetry into mechanical systems . The value of the velocity of time-flow is calculated. Seasonal changes of the density of time produced by vital processes of Nature are detected.

"Astronomical observations by means of physical properties of time"

In this paper N.Kozyrev determines from experiments the value and the sign of time-flow; that it is positive in clock-wise co-ordinate systems. The changes in density of the time are experimentally proven:
In the area of entropy processes (dissipation, heating of matter, melting of ice, evaporation of liquids, fading of plants) the "radiation of additional time" is detected.
In the area of opposite processes (cooling of matter, freezing of water) the "absorption of time" is detected by N.Kozyrev.

There is a description of mechanical and electromagnetic detectors of the density of time changes N. Kozyrev used in his experiments.

The paper is about N.Kozyrev's experiments to detect the production of additional time-flow by means of special detectors in the area of dissipation and evaporation processes.
It was assumed that the Sun is not only a time-absorption system but also a time-flow production system. This small component of the time structure is very important since it is ordered and it introduces the anti-entropy organizing effect to any natural process. It is proposed to use this organizing life effect to increase the vital processes of biological systems.

Experimental data were published to demonstrate the weight changes in material systems when some non- reversible deformations or heating are created. The nature of time and matter-time interaction was investigated in this way.


Back to main page