Subject of project: research on methods of gravity impulse generation and detection.

The goal is to develop experimental setup and technology for creation of gravity impulses.

Analysis of previous experimental and theoretical data made by Alexander V. Frolov in Faraday Lab Ltd allows to assume that gravity related effects resulting from changes of density of the Bose condensate. Experiment described by Podkletnov and Modanese is one of methods to produce rapid change of the phase in all Bose condensate of the HTCS target to create short powerful gravitational pulse.

The nature of this gravitational pulse can be described here as longitudinal wave in aether. By this approach we can see analogy with Tesla experiments. Also we can see that impulse gravity generator by Podkletnov and Modanese is development of Morton beam generator, which used electric spark between charged ball and metal plate to produce “Morton force beam”. Powerful force effect in HTCS case can be explained by coherent behavior of Bose condensate that produce “laser effect” since it is similar to coherent photon emission in laser. 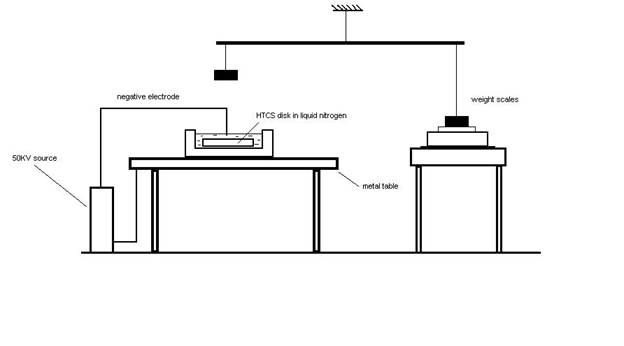 Note: The beam divergence of an electromagnetic beam is an angular measure of the increase in beam diameter with distance from the optical aperture or antenna aperture from which the electromagnetic beam emerges. The term is relevant only in the "far field", away from any focus of the beam. Practically speaking, however, the far field can commence physically close to the radiating aperture, depending on aperture diameter and the operating wavelength.

It is planned to prove that gravity beam divergence is very small and this advantage can be applied for telecommunication and other applications.